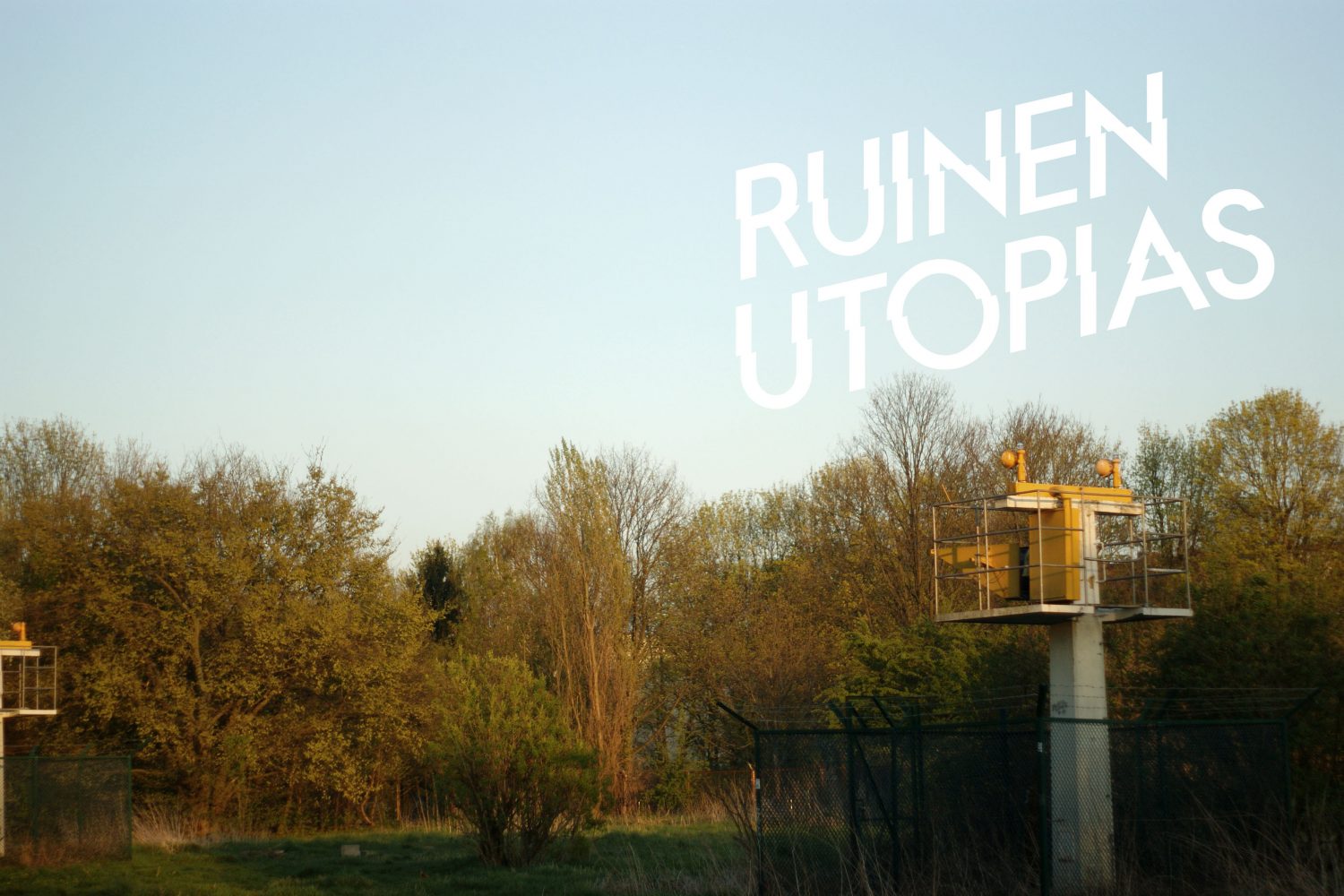 Situated in front of the old airport Tempelhofer Feld in Berlin-Neukölln was an old cemetery: Neuer St. Thomas Friedhof. The cemetery was closed in 2012, the last burial took place in 1988. Officials removed the gravestones, fenced the area and left nature uncultivated. While entering the field was officially prohibited, residents around the area broke holes into the fence and started using the area as a recreational space. This led to an interesting mix of wilderness and occasional traces of human presence (abandoned sofas, keys, trash, shoes…).

Ruins of Utopia was a project that wanted to use this mix for a playful explorative setup that was non-intrusive to how the space was used already. Instead, it wanted to play with what was already there, weaving a new layer of imagination and fascination into the urban landscape.

Our first step was to install a fiction on top of the area which would give participants a new perspective on the graveyard. The fiction went as follows:

“A few months back we found a bundle of sheets on this graveyard. Someone obviously had buried them here. By taking a closer look, we noticed that we had found traces of a hitherto unknown society: Utopia.

According to these documents, Utopia was a society living on these grounds. It was their goal to systematically test various human forms of living together. More than an idealistic one, Utopia had an experimental setting: Which consequences would a certain social order have? Which structures were necessary? What kind of effects would those have upon everyday life?”

Furthermore, we defined three different time periods for Utopia: Ludik, Testà and Konflin – each having a different paradigm on how they approached their overarching goal.

Our second step was to construct a little dome that served as the research-base. It was here were participants were introduced to the game, and where they would return after having collected their findings. After a short explanation of the fiction, the participants were equipped with a research-template and a role (such as Collector of Decision or Researcher of Rituals). While the template served as a mean to document findings, the role was meant to encourage people to come up with weird ideas of what the Utopians had done here. And then we sent them on their way.

The task was to wander through the old graveyard and look for “evidences” of how the Utopians had lived. They were also given a map of the area so that they could mark where they had found their evidence. Afterwards they returned to the base where the fragments – as we called them – were collected in a big folder – that we called the Chronic of Utopia – and the mark was copied to a larger map. All findings were openly displayed in the base, and new participants could look through them, be inspired, or use them and revisit the evidence.

Over 48 hours we collected a total of around 150 entries to the Chronic of Utopia, some even containing small items found in the area. Important to note here is that we did not make any changes to the area itself: we didn’t place any items in the graveyard nor did we remove things. The power of the project lay precisely in the combination of a somewhat chaotic space, the fiction that was put on top of it, and the wild imagination of nearly 500 participants.