Practicing the Other Life 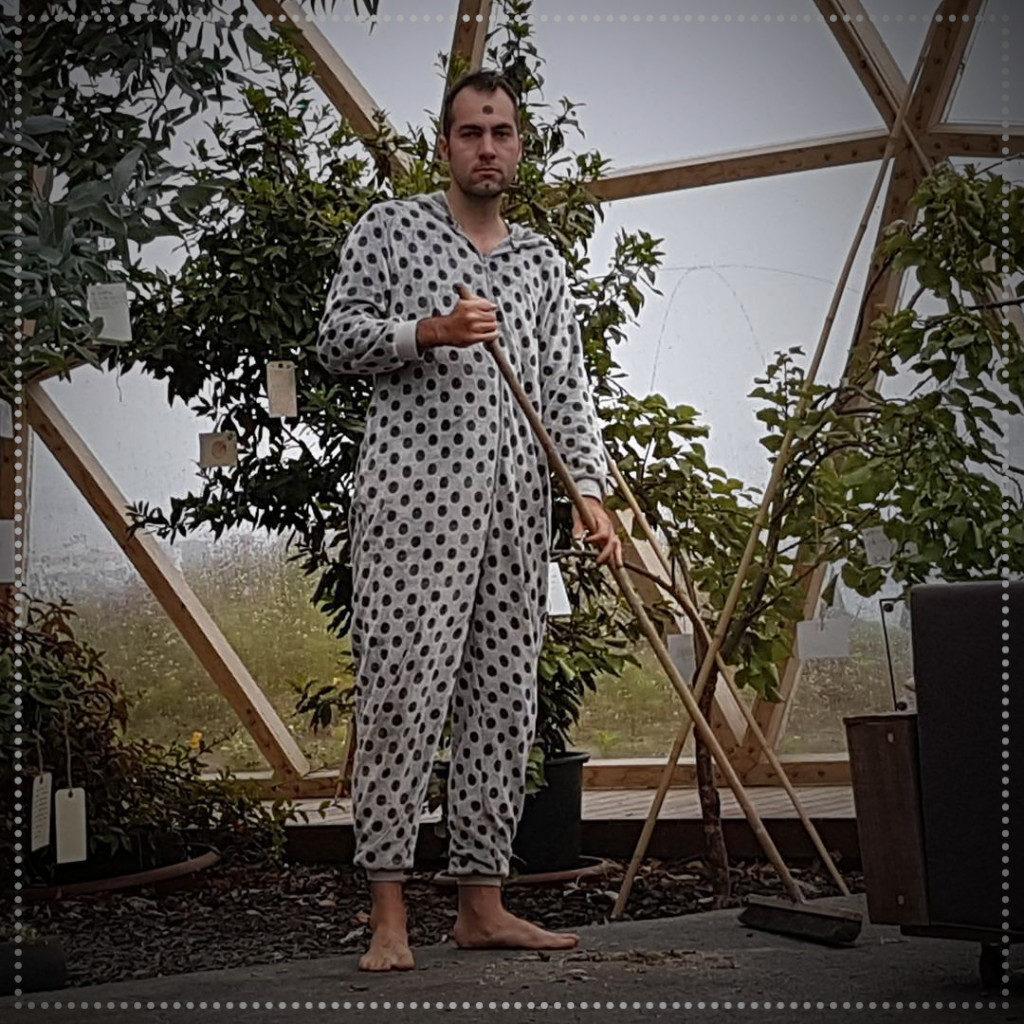 There are multiple ways of looking at Cultural Protocols — what they for, about, what they mean to each of its practitioner. Some perceive Drifts as a game, others as an act of co-creation. Some perceive Speaking Into Silence as a meditation-ritual, others as a discussion-technique. And I guess all of it can be found in them. To me they have become spaces and environments in which I can practice the other life — a life that is built on principles that I have chosen consciously.

Not too long ago a friend and myself were visiting a city for the first time and went for a walk through a market. The sky was gray, the pavement wet from melting snow, the temperature barely climbing over 0 C°. I had separated from my friend because she wanted to go back to give an old lady a couple of coins. I strolled past a dozens of merchants displaying fruits and vegetables of all sorts, expecting my friend to catch up with me in a second. But she did not. I got worried and turned around.

I found her, upset and confused, and the closer I got I could see why: The old woman was lying on the floor, face down, slightly shaking. What… what happened?, I asked her. Nobody around us seemed to care. “When I wanted to give her the coins she suddenly began to tremble… and fell right on the floor,” my friend said, revealing the coins still in her hand.

I instantly started asking passers-by if they could call an ambulance (I didn’t know the number). But the only reaction I got was this: Don’t mind her, she has epilepsy, this happens all the time — she will be back on her feet in a couple of minutes. Or at least this is what we understood . But this was unacceptable: The woman was still lying with her face on the dirty, cold ground! Even if that happened every day it was no reason to just leave her like this. We wanted to help her but we were absolutely incapable of doing so. Also, the more we showed our intention to not ignore her, more and more people around us were telling us to leave her, that she had epilepsy, we shouldn’t bother. Everybody around us was giving us the impression that we were doing something wrong.

After a couple of minutes the woman actually did sit up. Painfully slow. We tried to help her but she did not appreciate the contact. I saw a couple of chairs and fetched one. But again she didn’t seem interested. My friend insisted that this was not epilepsy, that this must be something else. So I called my father (a doctor), he went through a couple of symptoms all of which the woman had not shown, and suggested that she might be undernourished. I should get some orange juice and something to eat — which I did immediately.

We stayed a little longer, helped the woman collect her coins and bags. We were hesitant to leave her, but at some point we couldn’t really do much more. She still seemed a little bit confused, but her gaze seemed clear. So we left, equally confused.

In that situation I failed to perform the basic First-Aid-actions: checking her breath and pulse, moving her into recovery position. It has been a decade since I attended a First-Aid-seminar, and throughout the years I never found myself in a position where I would have needed those skills. I forgot most of it and never developed any reflexes. And suddenly I needed them, but I was overwhelmed by the situation and busy processing of what was happening, making me incapable of taking any actions. This is why we train — to rely on reflexes, on automated actions when there is no time to think.

Nevertheless I was trained in something else — something that all those passers-by were apparently not. I was not hesitating whether or not I should help that woman. I simply could not ignore her. I had to stay with her, do the least I could to help her. I am trained in empathy, in reacting to other people’s feelings, and in feeling responsible for the well-being of others. Sure, everyone is empathic to some extent, but really… just to some extent. Listening to others needs effort, detecting moods and feelings nonverbally even more, and the art of reacting to everyone’s idiosyncrasies is an art itself. I don’t claim to be a master of any sort but I dedicate a significant amount of time to train myself in awareness, sensitivity, and to reflect on encounters with others. It is more of an emotional, mental skill, and in this case this might not have been enough. But it did lead eventually to some passers-by stopping, talking to the woman (although I have no clue of what they said to her ). We were turning, what appeared to be an otherwise ignored incident into a scene, that the people around us felt it necessary to react to.

I believe that most of our everyday actions are grounded in habitual behaviour unless we consciously think about them. From the moment we are born (do not nail me on the precise moment, I assume it starts early) we train ourselves — not only in motoric skill but also in cultural habits, including social interactions and ways of perceiving the world. Some things we train unconsciously by copying others, for other things we consciously make a decision (“I want to get better at First Aid”, “I want to get better at honesty”). Eventually, whatever it is we train, once we have done so for a certain amount of time it will influence and shape our everyday life. Maybe even without us necessarily noticing.

Another term for ‘to train’ is ‘to practice’, which leaves us with a double meaning of what cultural practice means: It is by training a habit over and over again that we create cultural forms of living with one another. At its core, this is not a new thought at all.The idea that cultural and social ideas manifest themselves not only in our actions but precisely through our actions was probably most pithily formulated by Judith Butler. In Gender Troubles she writes: “Gender is not something that one is, it is something one does, an act… a doing rather than a being.” By either consciously incorporating or by unconsciously copying certain behavioural patterns we perform masculine or feminine acts (or rather: we perform acts that are either regarded as masculine or feminine), thus becoming a man* or a woman*.

Similarly we can say that we perform culture. What a culture contains, what principles it might be built on relies solely on how people of a culture act. A culture that claims on paper to respect the dignity of all human beings, but that is letting thousands of people drown in the sea, that is putting the survivors in horrifying camps, and that is depriving them of the chance to sustain and care for themselves — that culture cannot be perceived as respecting the dignity of all human beings. And neither a culture that looks away when an old woman is lying with her face on the dirty ground.

I know that I am bridging from an individual to a national/global situation here. But I believe that this is precisely how culture works: How people interact with each other, how a collective (of any kind) of that people interact with individuals and other collectives is interdependent. Culture is a moving thing, an undefined conglomerate of practices, habits and perceptions that is actualized in every interaction — and not only actualized but also distributed. If your interactions are driven by hatred, this hatred will spread. If they are driven by honesty, this honesty will spread.

This sounds easier than it is. At least in my experience. I perceive our culture (I live in Central Europe) as competitive, mistrusting, fearful, and depressed — while I wish it was supporting, trusting, curious and life-affirming. School and the job-market, that it is preparing you for, is built on a competitive model, the way Jobcenters in Germany treat unemployed people is mistrusting, the growing aggressiveness of police and security forces is creating an atmosphere of fear and so on. Each of those examples depict a challenge to behave according to how I wish to act or rather: in those environments I am trained in a way of living that is competitive, mistrusting and so forth. Over and over again.

But of course, there are spaces and specific groups in which I can act differently. Where I can practice the principles I want to live by, that I want us to act according to. Where I can practice them over and over again, so as to make sure I can rely on them in various situations without consciously thinking about them. Things such as empathy, sensitivity and even happiness. And some of these spaces have become the Cultural Protocols.

Those spaces are outnumbered. In fact, most of the infrastructure we are moving through today is making us obedient, dull, and stump. The next time you go to school, university, work, to a supermarkt, a shop, the next time you take a stroll through the city, think of what kind of cultural habits you are training. Those environments want you to follow instructions, either listen to your supervisors or consume what they advertise. And the same is more or less true for the popular social media platforms. I am pretty sure that as long as those companies are driven by capital accumulation the only time well spent is time spent without them. In essence, all of those environments want you to react. They are depriving you of your agency (by giving you an illusion of agency).

Needless to say, we have to create those spaces on our own. Not alone, but in a collaborative process. A living culture is not something that some individual comes up with on their own. No size fits all, no system, no practice is meant for everybody. And that is why Cultural Protocols are not a product but a mere tool. Use it if you like, modify it as you see fit, they are a starting point. Eventually you will find something new, maybe a new cultural protocol, maybe something completely different. You will do it over and over again, and before you even realize you have started to practice another life.