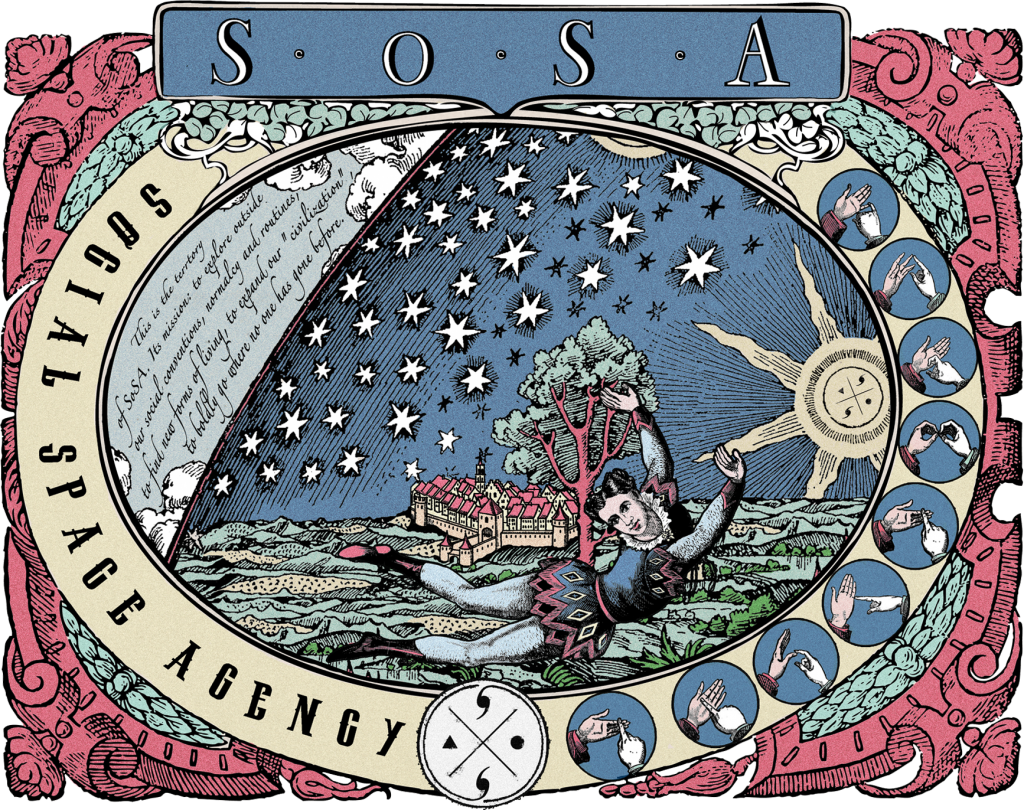 Social space – the next frontier. This is the territory of SoSA. Its mission: to explore outside our social conventions, normalcy and routines, to find new forms of living, to expand our “civilization”, to boldly go where no one has gone before.

Think of our social space as roads: roads that we’ve build together to create a society. We function in this society by observing the proper behaviors for whatever situation we’re in, and choose from the roads they lay for us. There’s a proper way to use cafes, supermarkets and cocktail parties. There’s a proper way to vote, to sing karaoke. In other words, our life functions by social diligence, and everything personal happens after we’ve proven our comprehension of existing order.

But what about the social outer space? What about all the possibilities beyond these narrow paths we built? Aren’t these possibilities worth of systematic exploration, at least to know what’s out there?

We need to recognize that we’ve conquered a rather narrow range of the social space, and that there is a vast realm of possibilities outside of our current practices, waiting to be discovered. But the repetition of the “proper”, how our society currently works, will not get us to these discoveries.

This is why we need socionauts. We need people that explore the unknown territories of our social space. People that train themselves to enter the world outside of our normal conventions, establish experiments of new social forms, create and modify cultural conventions to find new opportunities for human life. People that are given the mission to go elsewhere, and find out what the hell is out there.

The Social Space Agency was founded in 2014 at the Auawirleben festival in Bern, Switzerland. The founding members were Miko Hucko, Pekko Koskinen, Micha Küchler, Thea Reifler, and Thibault Schiemann. In the following years SoSA conducted several missions all over Europe, including new astronauts in the process. Due to the fact that its members all went different directions, SoSA has been relatively inactive in the last two years. The homepage is currently unavailable, Facebook still offers a couple of impression.